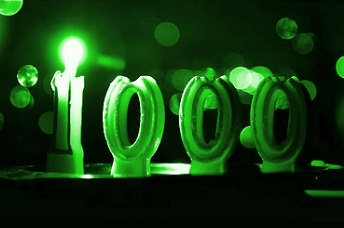 Cambridge University geneticist Aubrey de Grey has famously stated, “The first person to live to be 1,000 years old is certainly alive today …whether they realize it or not, barring accidents and suicide, most people now 40 years or younger can expect to live for centuries.”

Perhaps de Gray is way too optimistic, but plenty of others have joined the search for a virtual fountain of youth. In fact, a growing number of scientists, doctors, geneticists, and nanotech experts—many with impeccable academic credentials—are insisting that there is no hard reason why ageing can’t be dramatically slowed or prevented altogether. Not only is it theoretically possible, they argue, but a scientifically achievable goal that can and should be reached in time to benefit those alive today.

“I am working on immortality,” says Michael Rose, a professor of evolutionary biology at the University of California, Irvine, who has achieved breakthrough results extending the lives of fruit flies. “Twenty years ago the idea of postponing aging, let alone reversing it, was weird and off-the-wall. Today there are good reasons for thinking it is fundamentally possible.”

Even the US government finds the field sufficiently promising to fund some of the research. Federal funding for “the biology of ageing”, excluding work on ageing-specific diseases like heart failure and cancer – has been running at about $2.4 billion a year, according to the National Institute of Ageing, part of the National Institutes of Health.

So far, the most intriguing results have been spawned by the genetics labs of bigger universities, where anti-ageing scientists have found ways to extend live spans of a range of organisms—including mammals. But genetic research is not the only field that may hold the key to eternity.