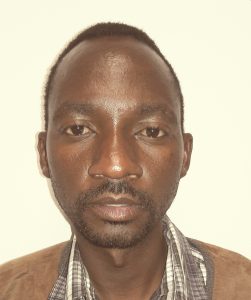 Last year Zambia faced load scheduling of electricity supply from the main utility, this was largely due to low water levels in the main reservoir, the Kariba dam. This was a wakeup call for many consumers of grid electricity in Zambia and it has led to a search for alternative sources of energy for lighting, heating and other services. The need to find an alternative electricity supply is eminent. With this experience, the question arises as to what solutions appear most sustainable? In this paper, an overview of the current building styles and the improvements that can be made are suggested that can ensure optimisation of photovoltaic electricity use. The focus being on the photovoltaic as a viable option from the author’s view. Some practices that can assist in getting the most out of our installations are highlighted.

Important to note is the fact that the sun provides the Earth with a huge amount of energy every hour, we receive as much energy as is needed for a whole year. Every square meter receives on average several kWh per day, around 1000 to 2000 kWh per year. Of course, exact figures depend on the location, country and on how the panels are tilted or oriented. Even with the abundance of this energy from the sun Zambia and most countries in the region are experiencing energy deficiencies in electrical service provision.

For a long time, mankind has used solar energy to meet his daily energy requirement. Some of the order solar technologies include space heating and domestic water heating. For instance, space heating and domestic at low temperatures without the greenhouse effect have been known for a millennium while not very long ago higher temperatures have been obtained using the greenhouse effect. Today, solar domestic hot water is the most common application which uses solar collectors as an alternative to the electric geyser. In this method, hot water is stored in an insulated tank for later use.

Another and now rapidly growing technology is the solar photovoltaic for electricity generation. This has developed from the work of Edmond Becquerel a French man who discovered the photovoltaic effect in 1839 almost two centuries ago. This converts light directly electricity in what has now been termed a solar cell with the first made in 1958 using silicon material. Solar photovoltaic (PV) represents a new source of energy because it can directly transform light into electricity. When solar cells are arranged in arrays, we make modules that can give different electrical voltage outputs depending on size.

The first applications were initially for satellites and then for remote professional applications, rural electrification, mainly starting in the 80s and during the 90s. Over the past few decades, the advances have been very gradual and have followed a clear learning curve. The costs of photovoltaic systems are constantly decreasing due to innovation and increasingly high volume production, while efficiency has constantly improved. Currently, electricity costs from large power plants in Europe are now averaging between 0.10€/kWh (ZMK 1.05), but it should be possible to have figures below 0.05€/kWh (ZMK0.52) in the sunniest countries among which Zambia is included. This is lower than the expected tariff of ZMK 0.89 for the second block effected in September 2017.

As of now, the big thing is that the cost of Solar PV is competitive against the traditional electricity generation mix in many parts of the world. This is attributed to the expansion of the Solar Module industry that has massively increased production capacities mainly in China to reduce production costs of key components. Solar PV modules were in 2015 cost up to 80% less than at the end of 2009. On the other hand, other traditional generation costs are on an increasing trend, even more, if and when carbon contribution is fairly included in costs to benefits calculations. The potential to further reduce costs is quite large for Solar PV and its applications.

Today, newer grid-connected applications have been developed which include grid integration, grid support, positive energy buildings, and solar mobility. In a possible future scenario on photovoltaic, will be the gradual integration of solar panels directly into final products such as roofing components (tiles, slates), cladding systems or within sidewalks, lanes or roads an innovation already taking place in other countries as well as Zambia on a small scale. These innovations will only be appreciated if the construction industry and society are conscious and aware of these developments and plans for the future.

Some industry experts are now comparing the Solar PV be to in energy what the mobile phone is to telecom. This is because PV is a decentralized generation system, that is to say, there is less need to build large and costly grid infrastructure to provide access to electricity. PV’s time to market is one of the shortest, while other forms of electricity generation can take far longer to bring online.

On the receiving end, however, there is an increasing need for awareness if we are to get the most out of these innovations. Fore stance the building standards in countries like Zambia do not give any standard on the orientation of roofs which if implemented would assist in getting the most out of solar technology. Shading is one of the factors causing low electricity generation in PV’s and other solar applications. It is important that future designs take into consideration the orientation of the roofs to fully take advantage of the sunlight hours. This in the case that PVs are incorporated in the roof tiles in the near future would require the best orientation for the roof. This means the design in terms of slanting angle and direction when constructing the roofs must be considered. This will lead to improved power generation from your PV’s and offer more independence.

The stakeholders, government and consumers and all other players in the building industry must take into consideration the concept of positive energy buildings at initial planning stages to take advantage of solar energy technologies.