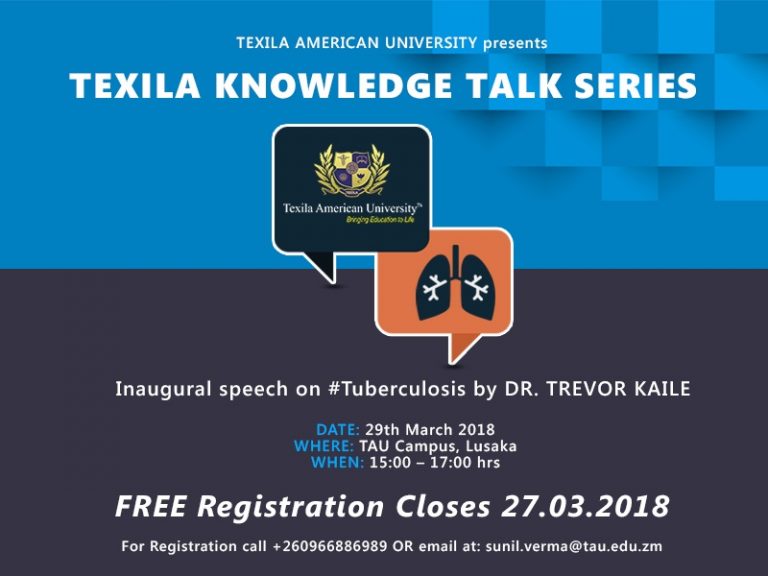 When it comes to diseases that cause death when untreated, Tuberculosis (TB) comes second to HIV (Report, World Health Organization). On 24th March, as the world commemorates World Tuberculosis Day, the prevalence of tuberculosis globally cannot be ignored. What’s unfortunate is that people at large are still ignorant of the true causes and symptoms of tuberculosis, making TB treatment not only challenging but also a growing concern for healthcare organizations.

There are several myths and misconceptions about tuberculosis that needs attention and awareness. Not surprisingly, this year, the theme of World Tuberculosis Day is to find Leaders who can educate and help people to fight the disease. Even small contributions, like organizing a first-aid camp, newspaper articles, conferences or even a talk series on tuberculosis, can go a long way in creating awareness on TB infection and its prevention.

As per WHO reports, lack of tuberculosis treatment causes a death every 15 seconds while almost 8 million people develop active TB, every year!

It’s time we debunk myths about tuberculosis and help people to separate facts from fiction.

Myth 1: TB is a hereditary disease

Fact: TB is not a hereditary disease. Genetics does not play any role in the transmission of TB. It is a communicable disease which spreads from person to person through air.

It should however be remembered that tuberculosis whether in children or among older adults is not entirely contagious. Only lung or pulmonary TB is infectious which can be avoided by maintaining a healthy immune system.

Fact: TB is caused by bacteria called Mycobacterium Tuberculosis and can easily be contracted by anyone, rich or poor. However, immigrants, HIV-positive patients, elderly people and homeless people are more prone to getting affected by the TB infection.

Fact: The BCG vaccine does not offer life-long protection. It only protects children and adolescents from developing serious forms of TB. The effectiveness of the BCG vaccine is limited in adults and usually results in false-positive tuberculin skin test.

When we look at tuberculosis statistics in Zambia and other developing countries, the numbers are scary. The good news however is that TB is highly curable in most cases! Early detection is vital. Early stage TB treatment is likely to be more successful than later stage. So, if you suffer from persistent cough along with fever and unexplained weight loss, don’t ignore the signs! You should see a Doctor immediately at a nearby hospital.

Though the government and healthcare organizations are doing their best to help clean the country of such deathly diseases, a bit of contribution from our end is also needed. As a leading School of Medicine in Zambia, we are doing our part. It’s time for others to act as well.

Debunking Myths about Tuberculosis When it comes to diseases that cause death when untreated, Tuberculosis (TB) comes second to HIV (Report, World Health Organization). On 24th March, as the world commemorates World Tuberculosis Day, the prevalence of tuberculosis globally cannot be ignored. What’s unfortunate is that people at large are still ignorant of the true causes and symptoms of […]
0 1 5 0