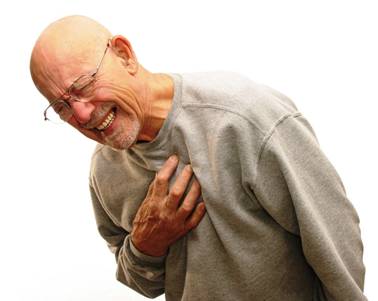 Signs and Symptoms of a Heart Attack

Often people expect a heart attack to be dramatic like it is in the movies. But in reality — most often — that is not the case. This article thus spells out the signs and symptoms of a heart attack.

What happens during a heart attack?

During a heart attack, the blood flow to the heart muscle is either reduced or completely stops. This typically happens because of a blood clot that is blocking an artery.

When the heart muscle does not get oxygen-rich blood, it ceases to work.

The elderly, diabetics, people on steroids as well as women are less likely to have obvious symptoms like severe chest pain (as often seen in men). These are some symptoms they are likely to have:

Heart attack symptoms are not the same for all…

Not everyone who has a heart attack has the same symptoms. Many a time, we also tend to ignore a heart attack thinking it might be mere abdominal discomfort due to gas pains or indigestion. If you have more than a few symptoms listed above, then you are likely to be having an attack. Get emergency help immediately.

What to do in case of a heart attack?

A heart attack is different from a cardiac arrest

Do not confuse a heart attack with cardiac arrest. In the case of a cardiac arrest, the heart suddenly stops. It occurs due to an electrical disturbance that obstructs the heart’s pumping function, which results in stopping blood flow to the rest of the body.