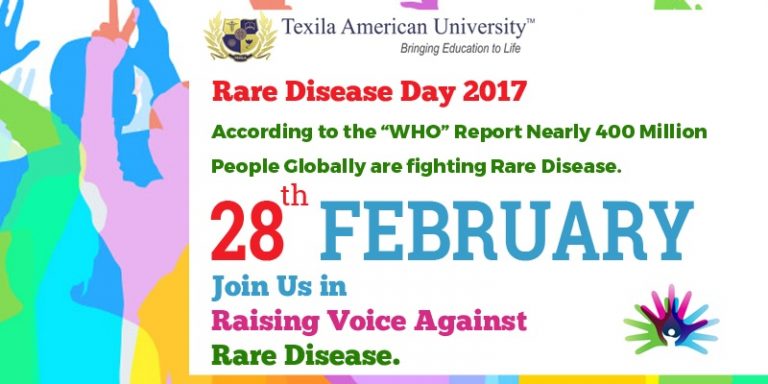 Millions around the world suffer from rare diseases that attract little attention in the public arena. On February 28th, those who endure these often-neglected illnesses will take centre stage in a global observation of Worldwide Rare Disease Day. This is an important day for increasing awareness of the many challenges unique to rare diseases.

It focuses on the whole spectrum of rare diseases, and hopefully will prompt increased advocacy and better representation for all rare disorders.

Any illness that affects a small portion of the population is considered a rare disease, also known as an orphan disease. Although rare and genetic diseases, and many times the symptoms, are uncommon to most doctors, rare diseases as a whole represent a large medical challenge.

Here are some facts about rare diseases that you may not already know:

Paying tribute to the millions of families whose daily lives are impacted, and who are living day-by-day, hand-in-hand with rare disease patients.

A Person’s Disease May Be RARE but Their Hope Should Not Be.