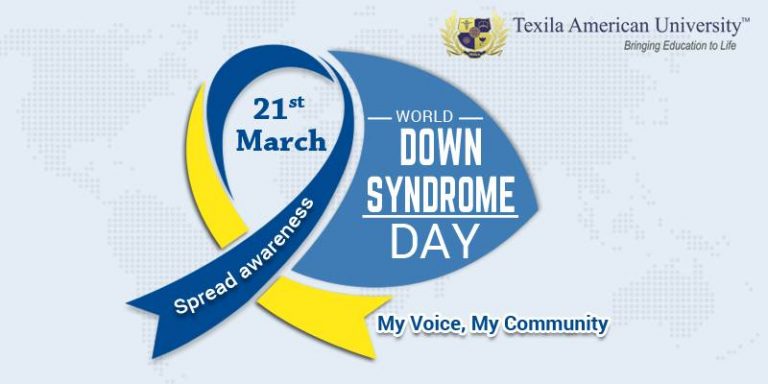 World Down Syndrome Day (WDSD), observed on 21 March every year, is a global awareness day which has been officially observed by the United Nations since 2012.

WHAT IS DOWN SYNDROME?

Down syndrome is a genetic condition when an individual has a full or partial extra copy of chromosome 21. It causes delays in physical and intellectual development It alters the course of development and causes the characteristics associated with Down syndrome and is the most frequently occurring chromosomal disorder.

Down Syndrome is named after a doctor who first described the disease Dr. John Langdon Down.

Down syndrome is not related to race, nationality, religion or socioeconomic status. The most important fact to know about individuals with Down syndrome is that they are more like others than they are different.

There are three types of Down syndrome:

People with Down syndrome have an increased risk for certain medical conditions like heart defects, respiratory and hearing problems, Alzheimer’s disease, childhood leukaemia and many more

The date for World Down Syndrome Day, being the 21st day of the 3rd month, signifies the triplication of the 21st Chromosome which causes Down Syndrome.

A motivating home environment, good healthcare and positive support from family, friends and the community enable people with Down syndrome to lead fulfilling and productive lives.